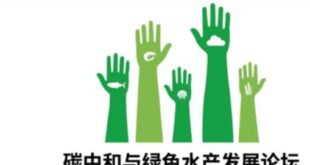 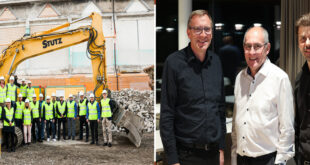 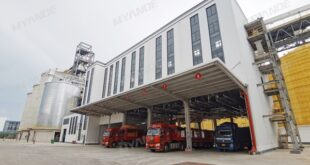 London (UK), November 16, 2021- Fairking Ltd, an Essex-based farmer and cleaner of low quantities of seeds and special applications such as chia, borage, quinoa, echium and camelina, required an optical sorter to process its varying products and batch sizes quickly and efficiently. Since investing in the SORTEX A, the company has been able to recover over half of its “waste” product while successfully handling different varieties of the smallest seeds and expanding its business. With more and more active ingredients being black-listed by the EU and UK, seed discoloration has become an increasing problem for growers. Fortunately, with the SORTEX A’s ColorVision technology, Fairking is able to ensure consistently high-quality products for its customers.

Carrying on a tradition stretching back to the 1850s, the Fairs family farms more than 4,000 acres of land in Great Tey, near Colchester in Essex, UK. “We grow wheat, oilseed rape, peas and specialist crops such as borage, camelina, quinoa and echium,” explains Peter Fairs, who began working for the family business in 1964.

Peter is a pioneer with “a passion for experimenting with and developing unusual, niche crops.” Back in 1985, when few British people had heard of quinoa, a friend brought some seeds back from Peru and Peter tried growing them. It took years of hard work to end up with the delicious quinoa that his business now produces. The Fairs are also the UK’s first chia seed grower.

In 1994, Peter’s son Andrew joined the family firm, bringing fresh farming expertise to the wide range of crops the Fairs grew and processed through their company, Fairking Limited, which Peter founded in 1982. His other son, Roger, owns Tey Farm Systems, which specializes in designing and building crop storage and irrigation solutions.

Fairking remains an independent, family-owned and managed farming business, while cleaning specialist crops for itself and some 60 UK growers. “We’re fairly unique, because we clean low quantities of seeds and special applications for a number of small companies who sell agri seeds via farm shops or online, but often don’t have the resources to clean the seeds themselves,” says Peter. “Many growers struggle to find anyone who will clean small amounts of seeds for them. Most won’t set up a processing line for 20 tonnes, they want to run 200 tonnes before changing products, because of money lost through downtime and cleaning time. We’re different,” he mentions.

Fairking’s line features Bühler’s SORTEX A ColorVision optical sorter with high-resolution InGaAs cameras. “The sorter makes it easy for us to change products, so we can process and re-process at various batch sizes, small to large,” says Andrew.

He adds that most of Fairking’s contract processing is repeat business. “With the quality and flexibility the SORTEX A gives us, we’re able to take on more varied work which helps to grow our business. For example, with the SORTEX A we have the ability to clean special flower seeds in very small quantities such as half a tonne at a time!”

“Many growers also like the fact that we have a standalone, versatile, dedicated sorting station: this is to eliminate cross contamination. We keep our sorting station separate and use the SORTEX A to remove any traces of foreign seeds,” Peter adds.

Peter says seed processors face an ever-growing number of challenges. “The modern thinking is that everything we eat must have no residues or pesticides on it. More and more active ingredients are being banned by the EU and UK, and these were used to control weeds and diseases. To an extent, I understand, of course. But without active ingredients, we’re getting more seed discoloration from diseases and far more weed seeds.”

Brands and consumers are becoming more discerning, too, he says. “I’m looking at a bag of uncleaned camelina seeds; the good seeds are orange and about 25% are black, which must be removed. Consumers don’t want any discoloration.” Fortunately, the SORTEX A’s InGaAs technology ensures that Fairking achieves a consistent quality of products by removing any light and dark defects, color defects and foreign materials.

Peter adds: “The seeds we handle are also very small. This is where the SORTEX A really comes into its own as it can handle the tiniest seeds. And it’s helped us to reduce good product ending up in waste.

“Using de-stoners and mechanical sorters, we were ending up with as much as 40% waste, because we couldn’t clean finely enough. But the SORTEX A has given us the flexibility and accuracy to recover such batches and more than half that figure. This type of product simply cannot be cleaned by any other mechanical machine.”

Peter is similarly impressed with the SORTEX A when cleaning borage. “Sclerotia is a black fungus that grows in the stem of a borage plant. It’s the same color and size as the borage. While no gravity table or dressing table can separate it out, SORTEX InGaAs technology does a great job of detecting and removing it. We can now grade and effectively discriminate seeds by shape/composition, color, density and air classification, which gives us the best combination all around,” he enthuses.

So how and why did Fairking choose its SORTEX A? “We were delighted to arrange a trial for Peter and Andrew in London in February 2020, so they could see the SORTEX A ColorVision up close,” recalls Alex Vaks, Sales Manager, UK and Ireland for Bühler UK Ltd. “Trials were carried out on chia, borage, quinoa, echium and camelina, and Peter and Andrew were very happy with the results.”

Peter adds: “We provided a sample product and Bühler’s experts set up the color map. During our visit we found out just how well the SORTEX A performs. We were also shown the inventory of spare parts, so we know that if we ever need anything, it’s easily accessible.”

Later, Bühler held meetings with Roger [Fairs of Tey Farms], to ensure that the correct platform and system were engineered for the SORTEX A, which was ordered in June 2020 and installed a few months later.

Although a long time ago, Peter fondly recalls the first ever Bühler demonstration he attended. “It was in 1972. I remember afterwards sitting in a pub in London and You’re So Vain by Carly Simon came on the jukebox. That’s how I remember the year,” he states. “We were sorting peas, beans and navy beans at the time. Bühler has come a long way since then – so have we!” he laughs. -By  Bühler