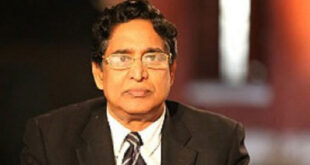 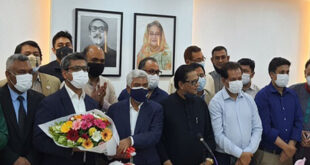 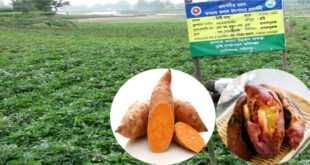 He made the remarks during a courtesy call on Saudi Arabia’s Ambassador to Bangladesh Mr. Issa Youssef Issa Al Duhaalan with the Industries Minister at the Ministry on Wednesday (March 31, 2021). Additional Secretary of the Ministry of Industries Selim Uddin and Private Secretary to the Minister were present at the occasion.

The Industries Minister said Bangladesh is sincere to expand industrial factories and strengthen trade and commerce relations with Saudi Arabia. He drew the attention of the Ambassador to identify specific areas of bilateral cooperation in the industrial sector and make specific proposals. If a specific proposal is received, the Bangladesh government will consider it with due importance.

On the other hand, the Saudi ambassador said that there is a conducive environment for investment in Bangladesh, including setting up of industrial factories and trade and commerce. As a developing country, Bangladesh is one of the leading countries in South Asia in terms of industrial expansion and trade.

The Saudi ambassador praised the participation and work of Bangladeshi workers engaged in development activities in Saudi Arabia.

The meeting also discussed the latest developments in the Saudi government’s investment in corporations under the Ministry of Industry and the need to expedite the finalization of investment activities.