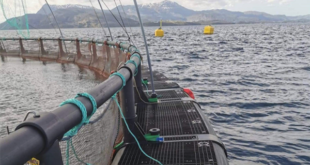 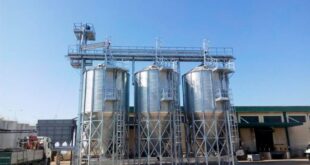 Dcoop continues to enhance its Cordoba’s almond plant, where 18,000 tonnes can be stored 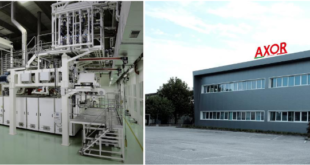 The Philippines has become the first country to allow commercial production of genetically modified, nutrient-rich golden rice, even as the government seeks to combat malnutrition and increase supplies to one of the major food grain importers, raising security concerns.

Golden Rice was developed by the International Rice Research Institute (IRRI), headquartered in Laguna, south of Manila, to help curb vitamin A deficiency in developing nations. It is named for the yellow color of the grain. Pilot planting began in the Philippines in 2013, overseen by the Department of Agriculture and its attached agency, the Philippine Rice Research Institute (PhilRice).

When formal biosafety approval was granted last July, the agriculture department said Golden Rice was a landmark for nutrition in the country, with planting expected in some provinces during the 2022 wet cropping season. Around 1 in 5 children from the poorest communities in the Philippines suffer from vitamin A deficiency, according to IRRI. Golden Rice is also undergoing a final review by regulators in Bangladesh. Vitamin A keeps the skin and eyes healthy, and a deficiency can cause problems such as difficulty seeing in dim light.

But the move by the Philippines has drawn a wave of criticism amid festering global worries over the safety of genetically modified organisms, or GMOs.

“Golden Rice will poison our lands,” said Melanie Guavez, a rice farmer from Camarines Sur, the southeastern tip of Luzon, where Manila is located, who also leads anti-GMO alliance SIKWAL-GMO. Her home province was the site of pilot planting back in 2013. In August that year, Guavez and hundreds of other farmers uprooted the crops in protest before the harvest could be evaluated by authorities.

“The government doesn’t inform any of us about the negative effects that Golden Rice can have on our lands and livelihood,” said Guavez. “They try to trick us with Band-Aid solutions and half-truths. They say that they’ll help us with our pesticides, seeds, etc, but they are trying to get rid of traditional planting methods.”

Dr. Rey Ordonio, Golden Rice project leader at PhilRice, told Nikkei Asia that “we are simply providing Golden Rice as another inbred variety that farmers can choose to plant. Golden Rice has been developed for humanitarian purposes and we deliberately developed it as an inbred just like conventional rice varieties to ensure it will be affordable and accessible to farmers and consumers.” Such purebred rice varieties still represent most of the genetic variety of rice commonly grown in the Philippines.

Ordonio assured consumers that Golden Rice is completely safe. He based that on a 2016 report from the National Academies of Science, Engineering and Medicine in the U.S., which surveyed almost 900 studies and publications attesting that genetically modified crops are not dangerous.

Guavez said that growing Golden Rice requires an overreliance on pesticides and herbicides that ordinary farmers cannot afford. She said the whole initiative will plunge farmers into debt. In order to pay off their mounting loans, she fears that indebted farmers will sell their land to big corporations that hover like vultures over anyone willing to let go of their property. Guavez fears that over time, the Bicol region’s agricultural areas will be more vulnerable to corporate takeovers.

“Big business will benefit from this, not us,” she said. “We are trying to protect our local seeds and our lands. Why do we need something cooked up in a laboratory? The government should support local initiatives instead.”

Giovanni Tapang is the dean of the University of the Philippines College of Science and the chairman of Advocates of Science and Technology for the People (AGHAM). He took aim at the biotech industry.

“Farm inputs are under the development and control of agrochemical multinationals. The claims of the agricultural biotech industry that only their products are needed to feed the world ignore the realities that the majority of our farmers are in. Land is concentrated in the hands of a few landlord families, while most farmers are landless or lack land to sustain their families.”

Cathy Estavillo, of Amihan, a national organization of farm laborers and a member of the Stop Golden Rice Coalition, also pointed the finger at multinational companies. She says the introduction of Golden Rice in the country means the Philippine government has strengthened its adherence to neoliberal globalization, which does not bode well for farmers. Moreover, she said, conglomerates have backed GMO rice development for years in a bid to benefit from their production and markets.

The Bill and Melinda Gates Foundation has donated millions of dollars over the years to IRRI for rice research. The tech billionaire is also a frequent donor to foundations set up by the agrochemical giant Syngenta. Some of his business startups also have partnerships with the company. Syngenta, along with several other corporations, owns a patented license to the technology needed for Golden Rice. Estavillo claims the entire premise of addressing vitamin A deficiency is a smoke screen thrown up by corporate proponents who want to make money off a new product.

Estavillo added that even the underlying premise of Golden Rice is flawed. “You would need to eat around 4 kilos of Golden Rice to meet daily vitamin A requirements. Why not subsidize the production and delivery of other local vegetables instead? The reason is, GMO crops are a cash cow and the Philippine government is brokering this deal to those who stand to profit.” She was citing a study made by Madeleine Love, an Australia-based independent researcher who claimed that 4 kg of Golden Rice and one carrot have about the same vitamin A content. Find more.