Home / EXCLUSIVE / Looking back 2021: Years of relief, crisis and investment in ports and freight

Looking back 2021: Years of relief, crisis and investment in ports and freight 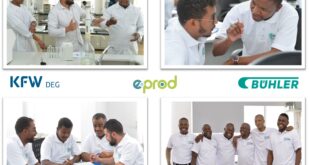 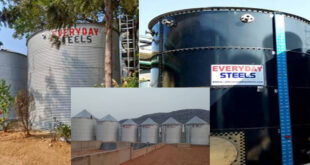 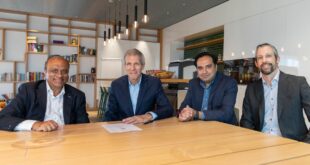 At the end of the year, there was talk of shipping with the name of Chittagong port. However, at the beginning of 2021, the port was closed due to strict restrictions, although it was not so severe. Even in the middle of the year, the entanglement of export products in the container depot made the exporters think again. However, it was temporary.

After last July, when the ports of the world are sinking in ships, the situation in Chittagong port is going to be quite normal. Especially since August, the last time of the year has passed without any confusion. This is the good news about Chittagong port at the end of the year.

At the end of the year, meanwhile, there is a resurgence of the unusual rise in freight rates for sea freight. However, many entrepreneurs in this country have exploited the possibility of transporting goods by sea. Those entrepreneurs have increased their investment in the sea-going shipping industry even before the ship rent has increased at an unusual rate. During this time, investment in container vessels as well as ordinary ships has increased. They are also getting the benefits at the end of the year. Thus, throughout the year 2021, there has been a crisis, potential and investment in the port and port-related industries.

After the initial shock of the Corona, economic activity in the country began to intensify by the end of 2020. Following this, the import-export started increasing earlier this year. As a result, the transportation of goods through Chittagong port started increasing. Not only Bangladesh, but the global economy is gaining momentum. This increases the transportation of goods by sea. But in response to the second wave of corona, various countries imposed strict restrictions on ports. Due to which the time of stay of the ship in the port increases. That is why there is a stalemate in the global supply system.

Busy ports in China and Europe-America get congested at the end of the first half of the year. The news of congestion in these ports is regularly published in the international media.

However, after that time, i.e. from the month of July, the congestion in Chittagong port is reduced, which is a relief to the entrepreneurs. The port has a lot of achievements in loading ships day by day. At the end of the year, you don’t have to wait for more than a day or two to get to the jetty. On December 28, 3 out of 10 ships stationed at the jetty came to the jetty day by day. A couple of days and six a day later the jetty was crowded. That means importers do not have to wait long to get the goods. Container transport has also increased this time as compared to other years. The port of Chittagong is going to set a record of transporting around 32 lakh containers.

Although the port was relieved, this year the entrepreneurs were uncomfortable with the cost of transporting goods by sea. More or less raw materials have to be imported for all the productive sectors of the country. The lion’s share of the raw material comes from foreign ships. There is a huge amount of foreign currency to be spent on rent. As the cost of production of export-oriented products has gone up due to three to four times increase in rent as compared to the normal period, the prices of consumer goods have also gone up in the country. The exporters have survived the journey as the foreign buyers have paid for the transportation of the exported goods.

Meanwhile, the entrepreneurs of the country have turned the crisis of transportation of goods into an opportunity. Meghna Group, Karnafuli Limited, Bashundhara and many other industrial groups have landed their own ships. According to the Shipping Office, they have floated 17 sea-going ships this year. So they did not have to be discouraged by the risk of transporting goods during Corona. Just as they have saved on the cost of transporting their goods, they have also been able to earn foreign exchange through the transportation of goods.

There is good news at the end of the year in shipping goods by sea. That is, for the first time in the 44-year history of container transport in the country, direct container cargo has started plying from Chittagong to the Italian port. The container ship Cap Florence, which came from the Italian port of Civitaveccia experimentally, ran aground at the Chittagong port jetty on 23 December. Thus, if the goods transport service is successful, then in a short time it will be possible to hand over the exported goods to Europe to the foreign buyers.

Exports do not have to be taken to Europe through the ports of Singapore or Sri Lanka as they are now. The garment industry of Bangladesh will go further in the global competition, such is the hope of the exporters.

Asked, BGMEA First Vice President Syed Nazrul Islam told, If this initiative is successful then it will be a great achievement in the garment sector.