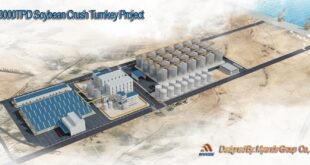 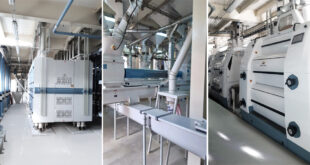 The rapidly growing African population is facing critical large-scale food insecurity. To overcome this challenge, there is an urgent need to optimize crop production on the fixed arable land parcels of Africa, which are under threat from urbanization. Rice holds enormous potential as a food crop for Africa and is a key component of the African Union’s Comprehensive African Agriculture Development Program (CAADP) strategy for achieving food and nutritional security across the whole continent.

Increasing demand for rice in most parts of Africa, particularly as a consequence of urbanization, has brought with it the need for use of less fuel and rapid cooking methods. Enhancing self-sufficiency in rice production can enable countries to create more jobs locally and to re-allocate budgets into importation of commodities that cannot be locally produced in sub-Saharan Africa (SSA). However, to meet the growing demand for rice there is a need to address constraints on rice production.

The demand for rice in Africa is growing at a rate of 6%, faster than anywhere else in the world and the continent was ranked second with 25% ($6 billion) of global net imports in 2018. Most rice (~34%) is imported from Asian countries, such as Vietnam, Thailand, Pakistan, and India. More regional and country-based efforts are therefore required to avert food security crises that could be caused by the rapid urbanization and 89 population increases across SSA.

The focus of this review is to highlight efforts towards enhancing food security in SSA through better management of rice blast disease. Blast has been identified as a major constraint because of its devastating damage at multiple stages of rice growth. Rice blast originated in Asia and spread to the rest of the world with the expansion of rice production.

It was first reported in SSA in 1922 and has since become the most devastating and widespread disease of rice.In the past two decades, blast disease has caused yield losses of up to 100% across the continent. Country-specific reports show the following percent grain yield losses: Ghana and some parts of Gambia, up to 100%; Nigeria, 35-65%; Burkina Faso, rainfed lowland 1-22% and irrigated systems 4-45%; Sierra Leone more than 80%; Kenya 48%; other east African countries 30-40% .

We review current constraints on rice production, potential technologies and innovations for overcoming these challenges, including genetic and genomic resources, with a focus on managing rice blast disease. Breeding to achieving durable blast resistance is likely to be critical in enabling sustainable rice production in sub-Saharan Africa.

Here, we define durable disease resistance as resistance that remains effective during prolonged and widespread use in environments favorable to the pathogen or disease spread and we recognize that this is likely controlled by multiple factors. We have therefore aimed at integrating the most promising approaches to achieve rice blast resistance.

Here, we present a review of how we are integrating pathogen genetics and the evaluation of virulence spectra in the prevailing rice blast population, with marker assisted backcrossing of corresponding rice blast resistance genes and multilocational testing of rice breeding populations in a collaborative international effort. Our overarching aim is to develop resilient, high-yielding, locally adapted, blast resistant rice cultivars for Africa.

A concerted endeavor has been established to engage in sustainable strategies to control rice blast disease in SSA and thereby contribute to ensuring food security in Africa. The project has built capacity for sustainable development through training agricultural extension agents, four African rice scientists to PhD level, two early career postdoctoral scientists, and the establishment of a modern breeding pipeline and blast disease surveillance system.

These established systems are working in tandem with those within local authorities to enhance efficiency and success in activities aimed at achieving durable blast resistance for SSA. By training scientists, developing a multi-national team, and a project model, the effort has invested in the future of not only rice production, but of tackling challenges in other food systems in Africa as well. Recently trained scientists are now at the forefront of enhancing food security in the region.

This research effort involves multiple countries that differ in biosafety requirements and food policy regulations. However, the countries share a common problem of an acute need to increase food production for their rapidly growing populations. It is imperative to work with NARS to understand the  challenges faced by individual countries. For example, our work with KALRO to strengthen plant clinic  facilities in Kenya has been invaluable and the local authorities are now willing to give a further boost to future efforts through ongoing policies.

From an outside perspective, things often look fine, until you work closely with NARS to realize the actual challenges they face in delivery of services. A great deal has been learned from the rice breeding strategy adopted. We are hopeful that the integrated approaches in this collaborative research for development will yield durable blast resistance in African rice cultivars. The project will generate further activities based on the findings of multilocation/seasonal testing of rice lines carrying pyramided blast resistance genes.

We also envision using new technologies (such as gene editing) to overcome linkage drag during marker-assisted breeding. We identify that there is still a need for more concerted regional efforts in breeding for blast resistance. Presently, there are multiple, small, rice breeding efforts within different countries of Africa. While these small research efforts may serve a purpose, there are similarities in agroecological zones, which experience similar abiotic and biotic stresses.

Most of these problems could be tackled much more effectively in unified efforts at a regional level. For example, our research efforts have focused on pathogen collections and characterization from both East and West Africa, which has seldom occurred previously. There is a synergistic value in understanding the biology of the pathogen based on a broader collection across wider geographical regions across the continent. Find details.