Home / EXCLUSIVE / Instability in the world market for consumer goods, anxiety in the country

Instability in the world market for consumer goods, anxiety in the country 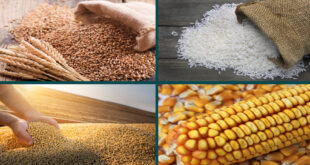 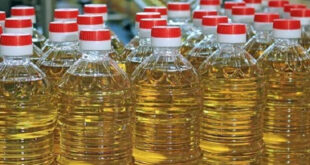 Letters to the government:  The traders want to increase the price of edible oil further 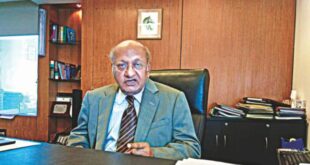 Continuing the closed company he bought ACI with income money!

While the price of soybean oil in the country’s market is the highest in a decade, the world market is giving more worrying news. Prices of essential commodities such as rice, sugar, wheat, pulses and powdered milk are rising in exporting countries.

The traders are claiming that not only the price but also the shipping cost is higher for importing the goods. They say container fares have increased by 33 to 122 percent, depending on the country and distance.

The World Food Program (WFP) says global food prices have been rising for nine consecutive months, reaching 116 points at the end of February. Earlier, this price index was highest in 2013. What is the reason for the price increase? US investment bank JP Morgan Chase highlighted this in a report last month. They say that the recession that the Coronavirus has created in the global economy has created a great possibility of reversing the vaccine. As a result, the commodity market has also turned around. In addition, higher liberalization, higher inflation and a weaker dollar are the main reasons for rising commodity prices.

Amirul Haque, Managing Director of Sikkim Group, Chittagong, who has business in various sectors including edible oil, wheat, cement, gas, plastic, animal feed, compared the current situation in the world market with 2008 and 2011. He said prices of almost all commodities had risen since the latest global economic downturn. This time too such fears are seen. He said if the prices of daily necessities go up, people with limited income will be in danger. Traders are also at risk. Because of the instability in the world market in 2008, many importers of Bangladesh lost money. Then they could not survive.

Ramadan will start from mid-April. Concerned people say that there is a tendency to increase the price of goods without any reason due to the increased demand during Ramadan. This may include attempts to use the world market situation as an excuse.

Let’s take a look at how much the price of the product has gone up in the world market. According to the World Bank, the price of soybean oil rose from Dollar 821 to 1,032 per tonne from July to February last year, sugar from 271 to 360 and wheat from 213 to 277.

According to a search at Chittagong port, wheat imported from Russia and Ukraine was unloaded last October at 222 to 233 per tonne (including ship fare). In January, Russian wheat prices rose to 290 a tonne.

Soybean and palm oil prices have already risen sharply in the country’s market. In a meeting with the Bangladesh Trade and Tariff Commission last week, traders proposed raising the price of soybean oil by another Tk 5 per liter. In two months, the price of sugar has gone up by Tk 5 per kg to Tk 65-70. Flour and flour prices have also risen slightly, traders said. Even after the government reduced the tariff and gave the opportunity to import rice, the price of rice did not come down.

Shahed Ul Alam, owner of RM Enterprise, a consumer goods company in Khatunganj, Chittagong, said the rise in prices in the international market has so far affected edible oil, sugar and peas. Despite the increase in the world market, the price of wheat is a bit lower due to higher imports. He said prices of other products are still stable. However, if the price increases in the world market, it will also affect the country.