About Silos & Grain Handling System: How Do Grain Silos Work? 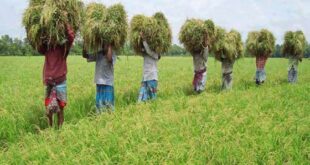 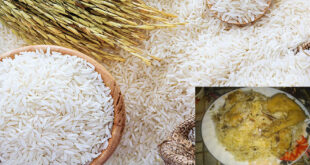 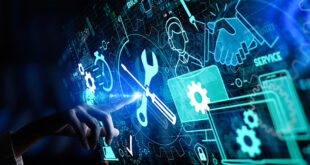 It is not possible for any animal to survive without food. People say, and animals say, his life is useless without food. Grain helps feed the world and silo producers help bring food to your table. These are the iconic structures that enable farmers to efficiently collect grain from many agricultural landscape points. Silos are simple structures that do not have many high-tech components. However, they still require careful installation, operation, maintenance and management.

TL;DR (Too Long; Didn’t Read)
While tall tower silos still exist, today, horizontal ones are more common. Vertical elevators are used to fill silos and in most cases, gravity is used to empty them. A machine called an auger transports the grain to its next destination. It is important to control the temperature and moisture of silos in order to maintain quality and prevent contamination of the grain.

Silo Types
You may still find tall “tower” silos that were popular more than 40 years ago. Today, more people use horizontal silos that come in several types. Horizontal trench silos, built into hills, have soil as their walls. Horizontal bunker silos, built above ground, usually reside on feedlots and dairy farms. Plastic tarps often cover these types of silos.

Loading Systems
Vertical elevators are the only current workable systems people use to fill grain silos. Since most structures are tall, it’s impractical to use inclined conveyor methods to fill them. Bucket elevator systems require high initial investments, but they provide an efficient way to load grain into a silo. Some farmers use blower systems to blow grain into silos, but these are only practical when storing grain for livestock. Blowers are not suitable for grain sold on the market because grain cracking is too high. Older tower silos may contain a distributor that spreads incoming grain uniformly.

Temperature Maintenance
Because temperatures inside a silo can exceed 90 degrees Fahrenheit, it’s important to cool grain if you store more than 2,000 bushels. Warming problems occur when cool air along a silo’s outer wall falls and warm air near the center rises, creating convection air circulation. By using aeration to cool grain and reduce moisture, you can help maintain its quality and control insect infestation.

Unloading Systems
In most silos, gravity causes grain to flow from the top of the silo and out through an opening at the bottom near the center. At that opening, a machine called an auger transports the grain to a vehicle or another grain storage facility. As grain flows through the auger, it forms a funnel shape at the top of the silo. If workers stand at that location, flowing grain can pull them into the mix, causing injury or loss of life. Concrete stave silos, a type of tower silo, usually use a slightly different unloading method. Augers at the silo’s top blow grain toward the structure’s center and then out through doors on the silo’s side.

Additional Silo Facts
Silos are subject to unusual stresses because of the different ways people can load them. Earthquakes, explosions, metallic corrosion, unequal soil pressure and other factors can damage them and cause a silo to collapse. If that happens, people can lose their lives, and the collapse may contaminate the silo’s grain and the environment. Silo failures are often sudden, and their collapse can damage surrounding structures. Although most concrete silos don’t need moisture sealing, it’s possible for water to seep through some silos. Spraying the outside of a silo with moisture sealant eliminates this problem. Grain vacuums help workers remove grain from silos or bins that don’t have augers or that have mechanical problems. These machines have hoses — as regular vacuum cleaners do — that suck grain from the silo into the unit.