Why Quality Two-Way Radios Are Critical for Enhancing Grain Storage Operations and Safety? 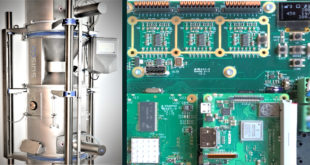 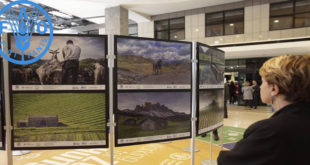 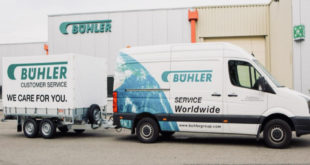 When it comes to the world of grain storage, two priorities stand above all else: keeping profits high while making sure hazardous scenarios remain low. One strategy that dramatically helps accomplish both is including professional grade two-way radios into your operation. As the exclusive North American distributor for RCA Two-Way radios, we see more and more grain storage professionals insisting on incorporating quality two-way radio equipment as an important tool for improving work efficiency and reducing the threat of unexpected emergencies like dust explosions.

Some Current Statistics on Grain Dust Explosions
According to a 2019 report issued by Purdue University’s Department of Agricultural and Biological Engineering, the number grain dust explosions, injuries, and fatalities have not been reduced over the past decade. While researchers can pinpoint April, August, and September as the most common months for grain dust explosions, in nearly 70 percent of all explosive events, the ignition source for the explosion was unknown. That means that most of the time, nobody knows what triggered the grain dust explosion, which makes taking extra precautionary steps to prevent unintended accidents critical. Using professional quality Intrinsically Safe two-way radios should be a must for anyone working in an environment where flammable gas or combustible dust may be present.

The Ins and Outs of Intrinsically Safe Two-Way Radios
The word “intrinsic” in electronics means the very nature of an electronic device to carry an electrical current or charge. That’s why anytime you use an electrical device, an electrical spark or emanating heat is always inherently present. Since radios are electrical, they have the potential to generate sparks and heat, creating a potentially hazardous situation in explosive environments. Intrinsically Safe two-way radios are designed to be safe in hazardous environments where the presence of a potential spark, heat or flame could potentially create an explosion.

2 Requirements (i.e. Abnormal situation where potentially hazardous material is expected to be safely confined within closed containers or closed systems and will be present in the atmosphere only through accidental rupture, breakage, or abnormal operation.

Wheeler Brothers Grain Company
Johnathon Freshly is the Superintendent of The Wheeler Bros. Grain Company, an independent grain storage company that was founded in 1917 by brothers Frank and William Wheeler. Today, the Wheeler Brothers Grain Co. has 19 grain elevator locations that can store up to 20 million bushels of wheat. The company also owns the AT&L Railroad, a 110-car train that hooks up to the Union Pacific Railroad that connects to the U.S. Gulf export market. As the Superintendent, Freshly relies on his professional grade Intrinsically Safe two-way radios to manage every aspect of his job. From managing the physical operations of the grain plant to monitoring the grain elevators, and coordinating the transportation between trains, trucks, and boats, Freshly is as hands on as it gets, and he relies on his two-way radios for every aspect of his job. “I first use my radios to coordinate the locomotives while our guys are filling up the cars. Then you’ve got the truck side of it as well. The trucks come in at one end and get dispatched to different places. So, I’ve got to communicate what exactly is on the truck load and where they need to unload it and so on. Our radios are really important to us,” said Freshly. Even more important to him and his entire crew of rail car workers, grain cart drivers, and equipment operators, is that his RCA RDR4330 radios provide complete safety from explosive dust. “Obviously, any time you get involved with the grain industry you’ve got to watch the dust situation. You’ve got to really watch your electronic devices because they can cause a spark and then an explosion. That’s why OSHA demands that radios be Class II Div II, and my RCR radios are completely acceptable for that purpose,” said Freshly.

Always Select Professional Grade Two-Way Radios
In the world of two-way radios, there are two distinct categories of radio: “Family Radio Service” (FRS) and Professional Grade Radios. Basically, FRS radios are consumer grade radios that are made of plastic that break easily in even the tamest environments. They are not meant to perform 40 hours a week. However, for serious industries like manufacturing, construction, and grain storage, investing in well-made radios that can withstand daily use will yield the best long-term strategy. In addition, commercial grade two-way radios, offer the following benefits over consumer radios: