Home / LEAD NEWS / The world is on the brink of famine!

The world is on the brink of famine! 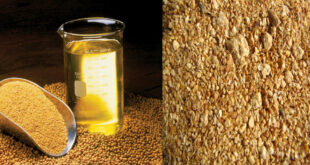 The United Nations and the World Bank have said in two recent separate reports that the world is now on the brink of a terrible economic and food crisis in response to the Corona epidemic – one that no one has seen in decades. The United Nations says the corona will cause a food crisis around the world that has not been seen in 50 years. And the whole world is facing a situation where the poorest people will suffer the most. The United Nations has warned governments around the world that it will not be possible to deal with this catastrophe unless urgent and urgent action is taken. And if that doesn’t happen, it’s still a long way off, and billions of children and adults around the world will suffer terribly in the long run. Already this year, 50 million people in the world have fallen below the extreme poverty line due to corona.

UN Secretary-General Antonio Guterres said there was an urgent need to ensure social security for the poor. Due to the recession caused by the coronavirus epidemic, even their basic nutritional needs may be out of reach.

‘If immediate action is not taken, it is clear that the impending global food crisis will have a long-term impact on millions of children and adults. If we want to avoid the worst effects of the epidemic, we have to work to control it now.’ he said.

He said that although the production of staple food grains has continued, the fears of experts have been allayed so far due to export restrictions and protectionist policies, but the effects of the post-epidemic recession are yet to be felt.

Guterres said even countries that have plenty of food grains are at risk of disrupting food supply.

As a result of the epidemic, about 50 million people around the world are at risk of falling into extreme poverty this year. Its long-term effects are even more deadly. Because it will have a lifelong effect on children who are malnourished.

Meanwhile, one out of every five children in the world stops growing in five years due to malnutrition. If the poverty rate increases in the future, millions of children will have to suffer the same consequences.

Guterres called for action to avert the world’s upcoming food crisis and for plans to repair the food system.

These include focusing on sending aid to the worst-affected areas to deal with immediate disasters and prioritizing food security discipline on the part of the government.

Strengthen the social protection of high-risk groups such as children who are not receiving food from schools and other institutions due to lockdowns, malnourished children, pregnant women and breastfeeding mothers so that they can receive adequate nutrition and recover from the effects of the epidemic. To invest in the future by prioritizing healthy and environmentally sustainable food systems.

Maximo Tero, chief economist at the Food and Agriculture Organization of the United Nations, said: The world’s food supply has been most threatened in recent times. Cultivation and food trade are being hampered by epidemics and lockdowns.

’We have to be careful,’ he said. This food crisis is very different from what we have seen before. ‘

A few weeks ago, a special UN report on the effects of Kovid-19 on food security and nutrition said that farming was still normal and the supply of staple food grains was still “strong”.

However, most people buy their food from the local market, which puts them at risk of being disrupted in a lockdown.

Meanwhile, millions of people are not getting enough food as the incomes of the sectors involved in rising unemployment and lockdowns have stopped.

While the world market is still stable, basic food prices have started rising in some countries. Due to the lockdown, farming has started to decline. Seasonal farmers and workers are not able to work. The amount of food wastage has reached a critical level as many farmers are being forced to dispose of their perishable products due to food supply chain problems. Farms in many countries have begun to close in the face of losses in the meat industry.

According to a World Bank report, the economies of South Asian countries will shrink at a rate of 2.7 percent this year, leading to a contraction in human demand, declining employment and uncertainty over private investment.

Meanwhile, the CPD, a research institute in Bangladesh, said in a recent report that the poverty rate in Bangladesh has risen to 35 percent compared to 2016 due to the corona. Along with this, the rate of consumption and inequality has also increased.