To prevent bird flu In the Philippines… 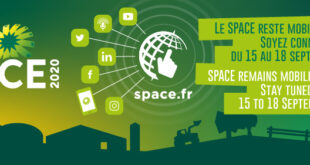 A government official and an industry representative said on Wednesday (July 1, 2020) that Guatemala had begun the process of releasing the International Coffee Organization (ICO), expressing concern about falling product prices.

Coffee, mainly Arabica, is one of the top agricultural exports to Central American countries, facing the economic challenge of the coronavirus crisis.

The Guatemalan official said central American countries were seeking alternatives to support the coffee industry as global prices are low.

The ICO said it had not been officially informed of Guatemala’s plan to withdraw from the international coffee agreement, but it was aware “some forces in the country” were dissatisfied with ICO’s handling of the pricing crisis.

“We hope that these rumors will not materialize,” ICO said in a statement, urging Guatemala to work with other members to develop a new pact.

It added that it was not able to act as a market regulator.

Ricardo Arenas, head of the board of the directors at Guatemalan coffee association Anacafe, said the group had urged the government to cut ties with the ICO as the international body did not do enough to protect producers’ interests.

“The ICO lost its way,” Arenas said. “It needs to be restructured” ”

Many small farmers in Guatemala, who produce about 97%, have suffered current crop losses despite premiums for the country’s coffee, the U.S. Department of Agriculture said in a report in May.