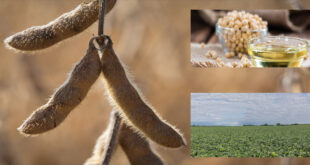 Gradually in India grain handlers, millers, and consolidators are switching from bagged storage to bulk storage of grains. Everyone has understood that bulk storage will make them more competitive as they save a lot of money as they no longer have to spending on gunny bag purchase and bag handling activities like bagging, bag sealing, bag stacking, stack breaking, bag loading, bag unloading, etc. Besides, condition monitoring of bulk grain storage is much easier than bagged grain storage due to ease of installation of condition monitoring and controlling equipment like temperature monitoring, carbon dioxide monitoring, humidity sensing, fumigation system, aeration and ventilation systems. Moreover, the bulk grain logistics is much cheaper and faster than bagged grain logistics because it can be mechanized easily.

Steel silos are already popular in India as one of the most reliable and effective bulk grain storage system. However, owning to its high capital cost and long gestation periods many grain handlers and millers are exploring new ways to store grains in bulk that fulfills their short and medium duration storage requirements in much simpler and effective manner.

Many flour millers, dal millers and rice millers find silos a little expensive as well as complicated technology and they ask if there is any other technology which is simple and wherein, they can store grain in bulk in more economical manner. The answer is Yes, and it is Grain Bunker Storage System.

Anyone who needs a temporary storage solution that is affordable and effective in preserving the quality of grain, then, the best storage is the Grain Bunker Storage

What is Grain Bunker
Grain Bunker is world’s most cost-effective scientific solution to store grain for a short to medium duration. Some Grain Bunkers are used to store grain for long term duration also, by using high level of sealing with good quality of plastic liner which encloses the grain bulk and enables the grain to be stored in hermetically sealed atmosphere with no need of fumigation requirements. Capacity of a Grain Bunker may range from as small as 500 MTs to as big as 30,000MTs each

Grain bunkers are designed to put an end to the traditional skyscraper grain silos and are fast gaining popularity amongst grain handlers who are looking for sturdy, flexible, cost effective but scientific method of grain storage. Countries such as Australia, USA, Turkey, Brazil, Israel, and Cyprus are using grain bunkers since many decades to store grain. Australia is using grain bunkers since 1945 and 70% of grain storage of Australia is in Grain bunkers only. Hence Grain Bunkers are also called as Australian Grain Bunker.

Geometrically Grain Bunkers are like Cover & Plinth (CAP) Storages of India with a difference that, CAP stores grain in bagged form on the ground whereas Grain Bunker in bulk form.

Grain Bunker and its Construction
Grain bunkers consist of modular components inclined corrugated steel walls of approximately 0.5 to 1.5 Mtrs in height, supported with steel support members. Grain Bunkers does not require any concrete foundation and is constructed over a compacted earth pad with rainwater drainage slope so as to save grain pile from getting wet.

The floor area of the storage space is covered by durable plastic sheet and the stored grain then covered with a rodent proof, UV resistant, and waterproof tarpaulin. Covering tarpaulin is tightly sealed to protect the grain from pests and weather, as well as to allow for effective fumigation.

Grain Bunkers are equipped with Aeration System with Axial and centrifugal fans, to expel the moisture, dust, and foul smell from the grain pile. Aeration can be used for in-store drying or in-store hydrating of grains. Fumigation systems too are installed to prevent grain from infestation.

Grain Bunker components are very light and hence farmers and grain handlers can easily transport them from one site to another as and when required. Besides, it can be erected rapidly on-site according to the exact capacity required.

Benefits of Grain Bunker
Grain bunkers offer many benefits to grain handlers hence they are so popular at many places in the world.

No concrete foundation is required, only a compacted earth pad with rainwater drainage slope is sufficient to get started.

Grain Bunker can be constructed to store 500 MTs to 30,000MTs of grain in a single bunker

Grain Bunkers are modular and can be constructed to any length, width, or diameter as required at site

Installation is rapid and dismantling too does not take much time. Even non-skilled workers too can be trained to install a grain bunker. A grain bunker of 10000 MT can be installed within 4-5 Days.

Grain Bunkers can be purchased in kit form and can be easily transported from one place to another.

Grain is protected against the weather and pests in grain bunker with ground plastic sheets and weatherproof tightly sealed, rodent proof tarpaulin covers.

Facilities where bunkers can provide rapid, convenient, and inexpensive solutions are:

At grain silo terminals when silos are filled to the capacity and additional storage space is required to occupy surplus grains during bumper crop situations.

At rice mills, flour mills or dal mills where most of the grain is milled within 6 months.

At mandis to avoid bagged storage and to make system fast and effective.

At farms or collection center where grain is to be held on a temporary basis in anticipation of higher prices.

As buffer stocks for food security under emergency situations.

Loading of Grain Bunker
Grain are fed into the bunker with an equipment called Grain Stacker. Grain stacker is a portable and telescopic. Grain Stacker is an inclined conveyor that is either belt conveyor type or auger conveyor type. One end of this grain stacker has an attached input hopper and another end is stretched out to reach center of grain bunker to feed the grain into the bunker. Grain Stacker dumps the grain at the center of grain bunker on the bunker floor where it begins to accumulate and form a natural slope towards the metallic steel wall due to angle of repose of grain and reaches up to the top of metallic steel wall.

These bunker stackers are high capacity stackers and can load at the rate of 600 to 700 TPH. These days grain stackers with Drive over hoppers are becoming more popular as drive over systems speeds up the grain receiving process.

Grain Reclaim from Grain Bunker
Top cover of the grain bunker is progressively removed to get the access to grain pile. Top cover can be easily folded and stored for reuse in a rodent free place preferably on wooden pellets. It is also possible to reseal a bunker after partial unloading.

Grain Piles are reclaimed from grain bunkers with the help of Grain Scoops or Bunker Sweeper, both can work at the rate of 600-700 TPH.

Bunker sweeper is a self-propelled machine and does not require any external moving power whereas Grain Scoops need to be mounted on the tractor for their operation.

Conclusion
Grain Bunkers provides a very convenient and highly cost effective methodology to store grain for a short to medium term duration. Since it is modular and does not require a high skill to construct, dismantle, move or transport hence Grain Bunkers will soon become most acceptable methodology to store grain in India. Comparing Bunker Storage to Grain Silos, Grain silos are better for medium to long term storage. Grain Silos are permanent structures and hence are mostly automated and equipped with condition monitoring and control equipment. Besides, partial loading & unloading of silos is much easier but silos are expensive and requires long time to construct.