Home / RESEARCH / Farmers should think more like pilots for safety 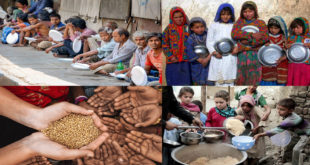 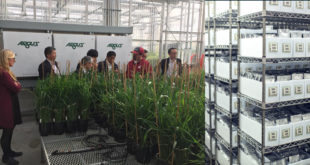 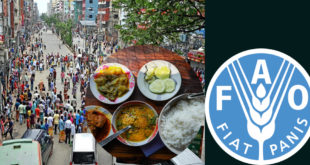 In words, “we are the child of your brain, but we can’t forgive your any mistake”. The equipment used for farming is becoming more sophisticated. But in comparison, the progress of farmers’ education initiation awareness is slow.

Farmers should think like a pilot to increase farm and industry safety, researchers say.

After five years of research with farmers, University of Aberdeen psychologist Dr Amy Irwin said lessons could be learned from other industries.

Check-list suggestions include surroundings – such as being aware of the location of power lines – and tractor safety measures, as well as having a first aid kit.

A number of aviation accidents in the 1970s led to researchers noting that while pilots were fully-trained and competent to fly, they could become complacent, or distracted, and make poor decisions as a result.

Dr Irwin said of farming: “Most of the accidents involve things like being entangled in machinery, knocked over by a vehicle, trampled by a cow, and so it’s a really hazardous industry to be part of.”

She believes a lead can be taken from other industries – aviation being deemed as the key one – to have an understanding of how areas such as teamwork, leadership and situation awareness can be crucial.

She said: “In aviation and a lot of other high-risk industries they have training for all of these skills, farming has nothing, and we’re looking to change that.

“So by just changing a few behaviours, we can hopefully make farmers safer, and more effective.”Irwin told Landward’s Dougie Vipond about the research

The psychologist explained: “We’re conducting research with farmers, finding out more about what they do on a daily basis, finding out what are the issues that might arise that might make things unsafe, then we’re taking our research findings and turning them into practical tools, things like check-lists and we’ve got a new pocket guide for farmers.

“Farmers, they’re a sort of a hardy bunch, they tend to continue even if they’re feeling tired or whatever.

“So an important element of this is also checking yourself, checking how stressed you are, how fatigued or tired you’re feeling, and how that might influence your safety operating this heavy machine.”

Robertson said safety was already high on his agenda

On a farm near Peterhead, Peter Robertson said safety was already a priority. He runs a mixed farm with two members of staff.

He believes practical measures include making sure vehicle windows are clean, and lights are working.

He said of the check-list: “I think it’s great. We’ve had it for the last fortnight – and think that the staff we have working on the farm do these checks anyway.

“I think they’re doing them unconsciously, but the good thing about this it firmly puts it down there, it’s very grounded, and it just gives them another tool to keep the health and safety element and keep it sort of vibrant in the farm.