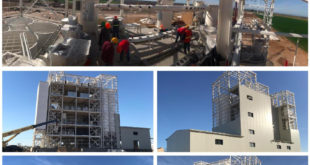 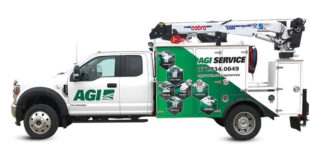 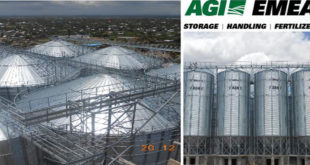 GFMM desk:  An expedition to increase the export of potato to the country reached an important mark by launching a special shipment last Sunday (March 15).

These are the first potatoes produced for export using the standard protocol of the Good Agricultural Practices (GAP) which sets a high and reliable standard for food production, processing and transportation.

The potatoes, which were grown in Rangpur, are destined for Singapore, Malaysia and the United Arab Emirates.

Agriculture secretary Md Nasiruzzaman was the chief guest at the inaugural function held at Pairabandh in Mithapukur, while the director general (in-charge) of the Department of Agricultural Extension was present as a special guest, a FAO press release said.

Despite strong and growing overseas demand, potato farmers in Bangladesh often struggle to export their produce due to lack of quality control, limited cold storage facilities, and restricted access to foreign buyers.

Bangladesh produces around 11 million tons of potatoes annually but a negligible amount is exported. While internal potato consumption has remained steady, exports have been declining over the past few years, while production has actually been increasing, leaving many farmers unable to sell their surplus.

In order to exploit this export opportunity, FAO has been assisting farmers to increase their income by growing potatoes specifically for foreign markets. FAO’s Missing Middle Initiative project provided sixty farmers from three cooperatives – more than half of whom were women – with training, plus preproduction, inspection, and post-harvest assistance.

The farmers grew three varieties of potato chosen to appeal to the export market and were provided with high quality seeds from the Bangladesh Agricultural Development Corporation.

FAO also organized a buyer-seller meeting for officials from the Bangladesh Potato Exporters’ Association (BPEA) to meet smallholder potato farmers for the first time. Officials from the BPEA then liaised with foreign buyers to get specifications and orders.

FAO representative in Bangladesh Robert D Simpson said that the export market for potatoes was a great opportunity.

‘Potato production offers a lot of potential for farmers to get more income and for the country to expand its food export,’ he said.

‘FAO is working with potato farmers to give them the assistance that they need and have been asking for. This first export shipment of potatoes grown through good agricultural practices shows what can be achieved when farmers have access to training and markets,’ he said.

The agriculture ministry and the Department of Agricultural Extension had identified a number of countries as good potential markets for Bangladesh potatoes, including Nepal, Brunei, Sri Lanka, and Fiji.

FAO helped set the foundation for potato exports by developing a Bangla GAP in 2014. To further support the export drive, potato exporters have called for a network of accredited laboratories to be established so that the safety and quality of potatoes can be tested and certified. Find more…