Bangladesh buying or not buying wheat from Ukraine relies on Russia 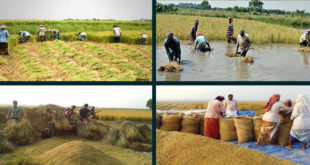 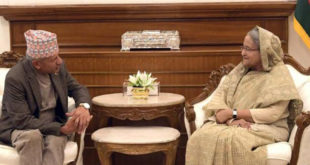 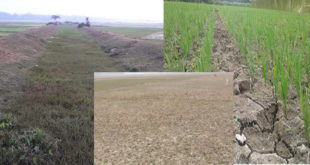 Russia, the world’s largest wheat exporter, said on Tuesday (January 14, 2020) that it intends to set non-tariff quotas for export of 20 million tons of grain in the first half of 2020. The government has not yet approved the proposal of the Ministry of Agriculture.

“This kind of restriction is unfortunate,” Dr. Razzak told.

Bangladesh is the third largest buyer of Russian wheat after Turkey and Egypt. Bangladesh imported 1.2 million tons of wheat in July-November 20.

Russia is a member of the World Trade Organization (WTO), competing with Ukraine to supply wheat to Africa, the Middle East and Asia.

Under WTO rules, countries are not supposed to set export restrictions except for a short time to prevent a critical shortage of food or other products, or to help the international marketing of a product, such as by spreading exports over time.

“We are not going to lodge an official complaint, rather we’ll shift to Ukraine to meet our demand,” Dr. Razzak said.

Russia’s agriculture ministry has said it does not want potentially favorable conditions for Russian grain exporters at the moment to lead to a shortage of grain in the domestic market in the first half of the year.

The ministry did not respond to a request for comment about how export restrictions would correlate with WTO rules. But the WTO declined to comment.

Russian wheat exports are currently at the highest level for the season and trade margins are slim.

One trader focused on Russian wheat said it would be better to have a formal quota mechanism than be subject to the kind of informal limits Russia imposed in 2015, as those curbs made it difficult for traders to meet their forward contracts.

“At least it is going to be official. And the game rules are going to be set,” the trader said.

The quota proposal was published this week before the Russian government resigned. It is not yet clear, when the new government will be fully formed and what the response to the proposed export sanctions will be.