2019 brought new leadership to the Council! 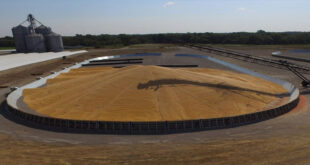 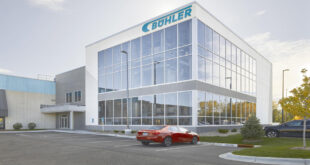 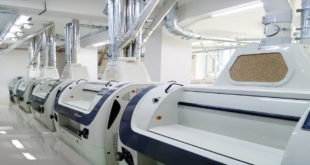 The 11th Alapala Reference in Uzbekistan..

Amid myriad political, social and environmental changes around the world in 2019, the U.S. Grains Council (USGC) was laser focused on finding new demand, building on it and keeping markets open for U.S. corn, sorghum, barley, distiller’s dried grains with solubles (DDGS) and ethanol.

Closer to home, long-time U.S. Grains Council (USGC) President and CEO Tom Sleight retired, and the Council chose a new leader. Widespread weather challenges for U.S. crops made headlines, and there were movements on trade agreements with Japan, Mexico and Canada and, eventually, hints of a new beginning with China.

Through it all, Council staff around the globe were not deterred from their goals. Boot camps on contracts and risk management propelled corn sales in Central America; our work with Spain resulted in additional sorghum sales; expanded brewing possibilities in both Mexico and China helped move barley; research increased DDGS deals in Ireland and Southeast Asia; our efforts in Mexico and Vietnam led to ethanol growth in both countries; and our first-ever Global Ethanol Summit in Washington, D.C. impacted ethanol exposure and business around the world.

With an influx of Agricultural Trade Promotion (ATP) funding from the U.S. Department of Agriculture, the Council set its sights on new and existing programs including an expanded offering in East and West Africa to create market opportunities for coarse grains, feeding trials and fuel station owner seminars in Mexico that resulted in expanded DDGS sales and increased ethanol usage, respectively.

While the year’s end culminated positive news about trade agreements with some of our country’s largest trading partners, the Council understands our work is never complete. The more markets change, the more our work to access and develop them remains the same – to identify short-term opportunities and build on long-term demand to Make Something Happen for U.S. commodities around the world. –By USGC